This is all one company.

Their employee training manual says, “Comcast does not feel union representation is in the best interest of its employees, customers, or shareholders.”

They have spent millions bankrolling politicians to ensure public broadband service will not be offered by state or municipal governments.

They spent 10 million dollars on lobbying in the year 2019.

109 out of 126 Comcast lobbyists working on Capitol Hill in 2019 previously worked for the federal government. 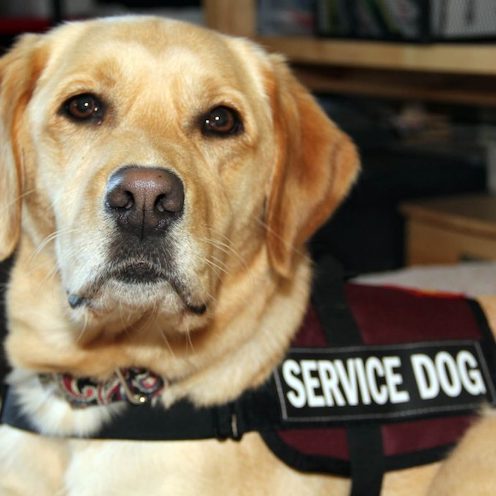 I saw something yesterday I’ve never seen before.  A mall employee with a service dog.

I know we don’t get around much anymore, and we really don’t spend a much time at malls, but I was delighted to see a company what was intelligent enough to support that part of the population which needs help in their daily life — and is willing to let employees bring their service dog to work.  In truth, I suppose for a lot of folks needing service animals that may be the only way they are able to work out of the house.  Seeing a business that is not afraid of trying something new is good to see.

I have no idea if this is a real “trend” or if I happen to have come across a rarity.  I don’t really care.  I’m here to say I’m glad to see it.  I hope others are too.