The simple reason we went full-time RV’ing was that I wanted to travel but I also wanted all my “stuff” to be with me.  The perfect example is what happened to me yesterday.

We were watching a movie and someone mentioned the idea of traveling.  Well, in my mind to mention something is often the beginning of a grand search and destroy mission to remember where I previously had heard that or something related to it, or perhaps to find the data that supports the statement, or to know the elevation of the city where the movie is taking place…. or, …. or,… or….  Living in my head there is never even a moment of idleness. To borrow a phrase from Hercule Poirot, the “little gray cells” never take a vacation. 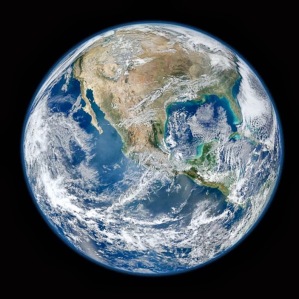 The phrase, wouldn’t you know it, is the title for today’s blog.  It’s a line from a Sinclair Lewis short story if I remember correctly.  I have the short story in a volume of Humorous American Short Stories — part of the American Classics collection — and I have had that volume since before I was married.  I read the story first to my wife, a good ten years after I discovered it myself.  But alas, that volume is sitting in our summer place and I’m sitting here, and all my Google and Bing searches have not gotten me the text for that original story.  Drat and Damn!

Hence the desire to have all my stuff where I am.  I have the answer,  I just want to satisfy my curiousity and read the line, and read the story over again.  All of which leads me to this statement by Aldous Huxley.

“To travel is to discover that everyone is wrong about other countries.”
– Aldous Huxley

I believe Huxley was right.  Unless you are as dense as a wooden post, it’s impossible to travel through other countries and not realize that the impression you drew of that place before you set foot upon it’s soil was… sadly… incorrect.  There are more ways of living than simply the one we have learned from youth, and there are more ways of being than have ever entered into our imagination.  Life is bigger than we can conceive and more diverse.

I was lucky in being part of a family who liked to travel.  Mom and Dad only ever went two places beyond the borders of the U.S.. They flew to Cuba in the 50’s when travel there was still permissible and we made a good number of trips to Canada throughout my lifetime.  But every year we went somewhere here in the U.S. Even that little bit of exploration convinced me I wanted to travel further and I’ve been lucky to see a few other countries along the pathway of life.  Not as many as some, but more than a lot.

It’s hard to be somewhere else and not let the mind do it’s comparison thing.  Ease of travel; food; language; customs.  Some places people say hello or good day every time them meet someone new.  Not like here in the U.S. where the first words out of a strangers mouth are just as apt to be a question or a statement than a greeting.  Words also have different meaning.  There’s a serious difference in meaning in England between trousers and pants — as I found out (with embarrassement) when a young child was upset at why I had asked about his trousers (but I used the word pants — which he only used for underwear) — fortunately his mom was around and knew I was an american and my embarrassment was shortened and I didn’t end up in jail as a pervert — but it was a powerful lesson nevertheless.

The good thing about travel, and hence realizing you are wrong in your assumptions about other countries, is that you begin to appreciate that other ways of living are perfectly workable.  They may be different than the one you have used, but you can get on in life quite nicely doing different things, eating different foods, talking a different language, even driving on the other side of the road, or not driving at all.  Travel is broadening,  and travel to other countries does teach us that people there are not so strange after all.  And that they have different ideals, different values — which also are just as workable as our own.