I’m writing this Saturday morning as the local newscasters are hyping the population up for another spring snowstorm.  It will be the second storm in April in two weeks.  That’s not actually all that unusual for Wisconsin.  Of the past 150 years we have had snow during 130 Aprils.  Some years we have had as much as 8 inches. Other years under 1 inch. 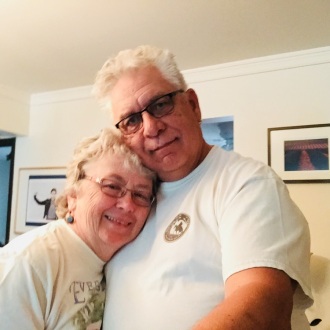 Peg must have been paying close attention to the weather forecast — but then she’s more of a worrier than I am and she pays closer attention to a variety of things I tend to ignore — but she wanted to make sure we get out to the grocery on Friday to stock up our as-yet-empty-pantry.  We haven’t been through a snowfall here at the Park yet.  Duh.  We haven’t been through much of anything here, yet.  And with forecasts for as much as 4″-8″ of snow for Saturday the idea of perhaps getting stuck out here with no food in the house seemed to bother her.  I don’t know why?

The good news is that I did my husbandly duty and we went shopping, loaded up the fridge a little, filled up a couple kitchen cabinets with boxed and canned goods, and checked the gauge on our propane tank. We’re set.

Now, let’s see how much snow we get….

It turns out that this storm wasn’t as bad as they forecast. 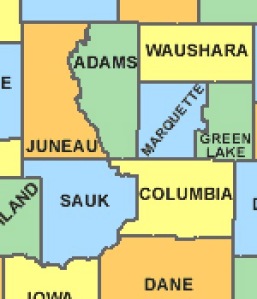 Wisconsin Dells sits at the juncture of four counties — might be the only town in Wisconsin to do that.  We (meaning the four county junction of Sauk/Columbia/Juneau/Adams) were on the edge of the storm and what we saw — in addition to 28º temps was a very light and fluffy spring dusting of flakes — followed by a light rain.  That meant that the trees and grass took on a lovely white, while the hard surfaces pretty much stayed their true color.  The beauty really only lasted about an hour.

One of our neighbors needed their water disconnected in case of frost, so I went next door to take care of that and made these three photos while I was out.  30 minutes later I looked out the window and the snow was pretty well gone!

One can’t be too upset about that kind of storm.  At least not if you don’t have to drive in it!  Transient, wonderful, rare beauty that disappears in the blink of an eye.  There are times when the wonders of nature ( or creation ) reach out and slap you upside the face! I often find myself amazed at the rare beauty that exists for such short moments in this world.

So, later today the temp will rise to 54º and it will be as if this late spring snowstorm never existed — at least here.