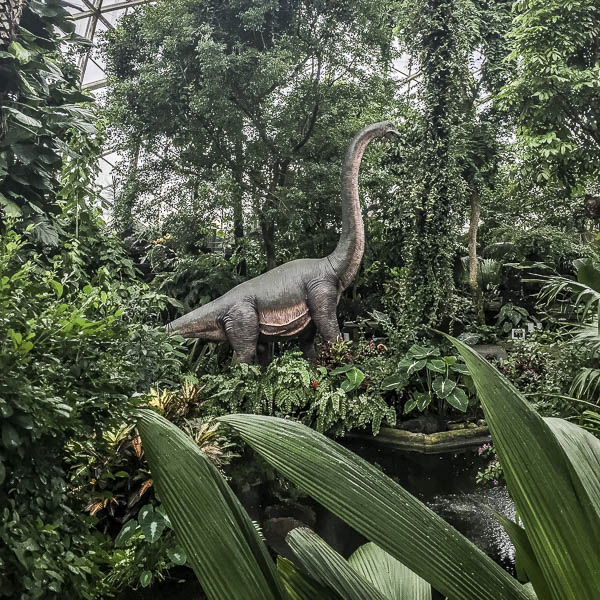 Have you ever noticed how a single incident can sometimes alert you to an entire class of things, or experiences, or practices?  A couple years ago when we were volunteering for the Forest Service we came across one of those incidental moments. Let me take a moment to rough out the situation to set the idea for what I wanted to talk about today. 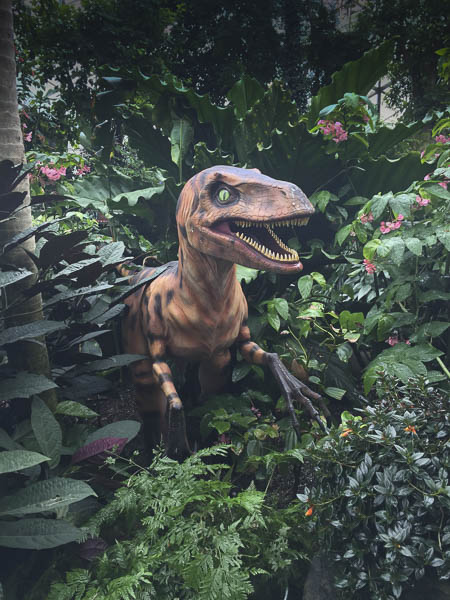 Just one of many dinosaur mockups spread around The Domes landscape at present.

The Forest Service was about to spend nearly $50,000 on a sand dunes reclamation projects — seems like a lot of money, I know, but this was at the Oregon Dunes National Recreation Area and the dunes are a major geological factor along the Oregon coast — to say nothing of a major tourist attraction.

What was to happen was the bulldozing of stretches of the dunes where European beach grass had become entrenched and was threatening the existence of the naturally occurring  dunes. Of course the REASON they were spending all that money is because some 50 or more years ago we humans in our “wisdom” of the time thought that the dunes were being threatened by erosion (even though they’d been there for thousands and thousands of years) — and we intervened in what we thought was a natural catastrophe by planting — you guessed it — European beach grass.  Effectively we created out own disaster to be fixed half a century later.

This catastrophe has been repeated by human partial knowledge in all manner of ways.  We always think we know what’s going on in the world — no matter the state or stage of our combined knowledge.  Take the little old chicken egg, or cholesterol.  Both have been studied by science and we have been told — in alternation — that they are good, and then bad and then good again.  Whatever the state of human knowledge we jump on the latest information and flock to bring our lives into agreement with it — whether it’s on a macro scale or a micro scale.  Diets are a great example.  Mediterranean, or Atkins, or South Beach, or paleo or…. well, who knows what will be next? 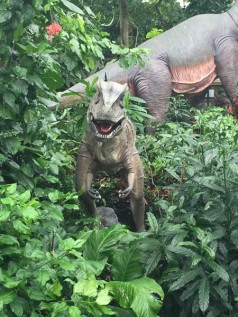 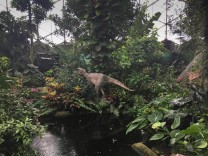 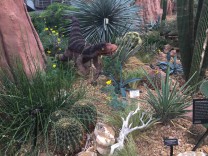 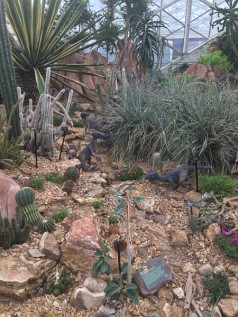 Peg & I took an opportunity to visit the Domes a couple days ago — I mentioned this briefly just recently.   It’s nice to go back once a month or so to see what’s blooming at the moment — or whatever new exhibits might have been installed since or last visit.  At present the kids are getting a kick out of a series of mock dinosaurs that have been installed and when placed in situ they can be quite striking!

We seem, usually, to miss a lot of the spring succulent blooms.  This year we happened to pick just the right time and we caught a lot more than we typically have seen.  It was lovely to see this artificial desert in colors other than earth-tones and green.

So there I was meandering among the plants — enjoying sights that I had overlooked man times.  It made me sad to think about the many, many ways in which we humans are destroying our natural environment all in the name of profit — all because we think we know as much as there is to know about …. well, pretty much EVERYTHING.  And yet, scientists keep finding more and more to know about our planet, our universe and our fellow inhabitants on this globe — animal and plant.

There has been a lot of press lately about the super rich — about bosses who make hundreds of times more than the average wage of their employees.  Or others who make — literally — thousands of times more than those average employees.  What pray tell makes anyone “worth” hundreds or thousands of times more than someone else.  It isn’t because they produce more — the executive in most cases doesn’t produce anything — they make decisions about others who produce things.  Is their judgment hundreds or thousands of times “better” than the worker on the factory floor?  Or were they born to that job?  Or did privilege secure the job for them?  And when a CEO has a losing streak and the company posts red ink year after year do they “deserve” a golden parachute and a big payoff for getting off the company’s property and letting someone else do a better job?  One would think not — and yet it happens over and over again in corporate America.

So there I am meandering among the plants and wondering how the human race ever learns from it’s mistakes.  How do we keep from becoming the next dinosaurs — because we surely are spoiling our environment.

It’s been said that the biggest mistake we can make is to think that other people think the same way we think.  I don’t know that statement is literally the biggest mistake we can make but I do think that as a society we make that mistake a great many times.  Surely this country is in the midst of a realization that this is true.  The social and cultural angst we are going through because of our national political situation is one example.  1/2 of the population thinks very differently from the other 1/2 — and it appears that neither half has ever realized just how many there were on the other side.

The thing about nature is that the closer we look at a thing — the more intricasy we find.  And similarly, the larger the scale of our examination the more intricasy we find.  We live in a world that seems to spread infinitely in both directions — larger and smaller.  Yet we humans make such an obsession about the little corner of nothingness in which we exist as if it was all there was.  And worse, we treat everything — larger and smaller — as if we owned it, when in reality we are only transient visitors to a much larger reality. 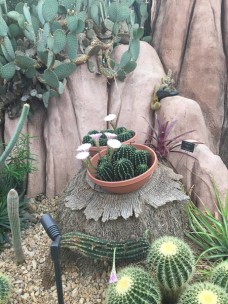 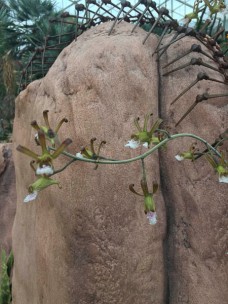 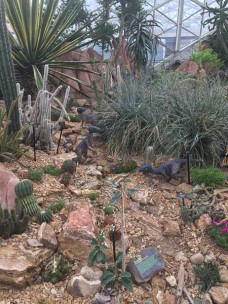 Those executives have just as much to learn about the way the planet functions as I do — not because I’m as smart as them  (which I may very well be, but that’s not the point) because in an infinite system there is no end to knowing; there is always more to be known, more corrections to be understood to our prior knowledge, more deviations from our once thought ideal plan that is revealed to be not so ideal at all. 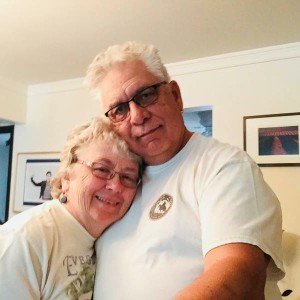 LOL — guess who bought a selfie stick.  Finally our self-portraits won’t depend on the length of my arms.

There is not a time when I don’t go into nature, or when I don’t find myself among humans, or conducting business that I don’t realize I don’t know it all.  But clearly there are a great many people who not only think they DO know it all, they are acting as if their behavior is inconsequential to the way the world works, to the rhythms and cycles of the planet.

I’m not one for wishing.  My momma always said, “Wish in one hand and spit in the other and see which you get first.”  It’s a pretty crude expression but it’s true.  Wishing gets us nowhere.  But one does have to wonder.  Considering the size and the diversity of life in the age of dinosaurs how it happened that an entire world of creatures both animate and inanimate — both animal life and plant life — disappeared from the face of the planet.

The human race has it’s tendencies towards war and self-destruction — to be sure.  We have also faced pestilence and famine.  In past centuries large parts of the population were wiped out by plague and catastrophe — and of those people we know relatively little.  We analyze how they lived from their fossils and we hypothesize on what killed them but we seem unable to realize that we hang from the same kind of imaginary existential thread.  Our existence could be forever altered by the next global pandemic, or by an earth too warm to sustain human life; perhaps we might be succeeded by insects — the big being out smarted by the small?

Most of the scenarios for the future would not happen in a single lifetime.  It’s possible, likely even, that several generations will deal with worsening conditions — all because we choose not to take action at a point in time when we realize that we are ruining our own world. I doubt that those in positions of authority give much concern to the liklihood that they are condemning future generations to unimagined horrors because of their actions today.  They know all that they need to know to decide on the livelihoods tens of thousands of workers.  With the stroke of a pen they open a new plant or close an old plan.  No consideration is given for the cities and towns that are affected — abandoned — created — laid waste by their attention to the bottom line on a profit & loss statement.

At best, I have another 20, maybe 30 years on this planet.  At worst I may have 10 seconds more of life.  We have little control over how much time we spend on this globe.  At any rate it’s not likely I’ll see a much different world in my own lifetime — well, barring global thermonuclear war.  But some will see great changes.

In the end, I wonder if it will be man manipulating nature?

Or perhaps it will be nature manipulating man?