It’s Mid-September, we’re still in Wisconsin and we had a super day.  For one thing the forecast 36º overnight temps never dropped below 48.  And, picking up our Grand Kid at her new apartment was a kick!  So many memory triggers of our own first apartment as a couple, also in Chicago, only a couple miles away from Melanie’s current place.  Her place is nearly as small as ours was.  She’s sharing with a single roomie and two cats so the space/human ratio is pretty comparable.

Drew, the new beau, was there with Melanie, waiting on us.  He’s a nice ‘kid’ — young adult — in his last semester as an undergrad and I like him.  He’s more conversant than the last longterm beau too.   She has pretty decent taste in fellas!  We took the young folks past our first apartment, seeing we were so close and then headed back to Milwaukee.

She turned 22 a week ago, but there hadn’t been time for a birthday get-together for the family for her and most of Mike’s family have not been as involved in the new house project as Peg and I, so it was a nice chance for siblings and such to get together over food, a libation or two and conversation.  It was a nice day spent with family! 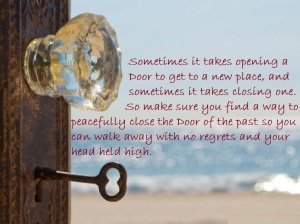 Mike took a quick look at our cigarette lighter (which has been burning out fuses) and we kind of think it’s the transformer for our Rand McNally GPS.  I’ll get another one on the come from Amazon or Rand McNally as soon as I can but we do have a spare for the RV.  And I can always plug into a USB port to power the GPS if need be.

By the time we returned to the Coach all the weekenders were gone and the park has returned to Autumnal Quiet.

Tomorrow is the last of my supplemental medical tests.  I’m not particularly concerned about the test; my bloodwork wasn’t far from normal so I don’t expect much of a result.  However, you never know and it’s good to get things checked out when we have easy access.

Our time in Wisconsin is drawing to a close.  Two more packages should be delivered in the next three days.  With luck we’ll be ready to leave on Thursday as planned.